One year ago we introduced you to Eduard, a 15-year-old boy in Stepanakert, the capital of the autonomous region Artsakh, near Armenia. He had been blind for a few weeks, taking antibiotics that did not seem to be working. When the EyePACS team arrived in Armenia to screen diabetes patients for retinopathy and establish an ongoing screening program there, Eduard’s condition was correctly diagnosed by EyePACS’ chief medical officer Dr. George Bresnick, MD, and Armenian-American internist Marta Nalbandyan, using digital retinal images followed up with lab tests. The team arranged for proper anti-viral treatment at a hospital in Yeravan, Armenia. 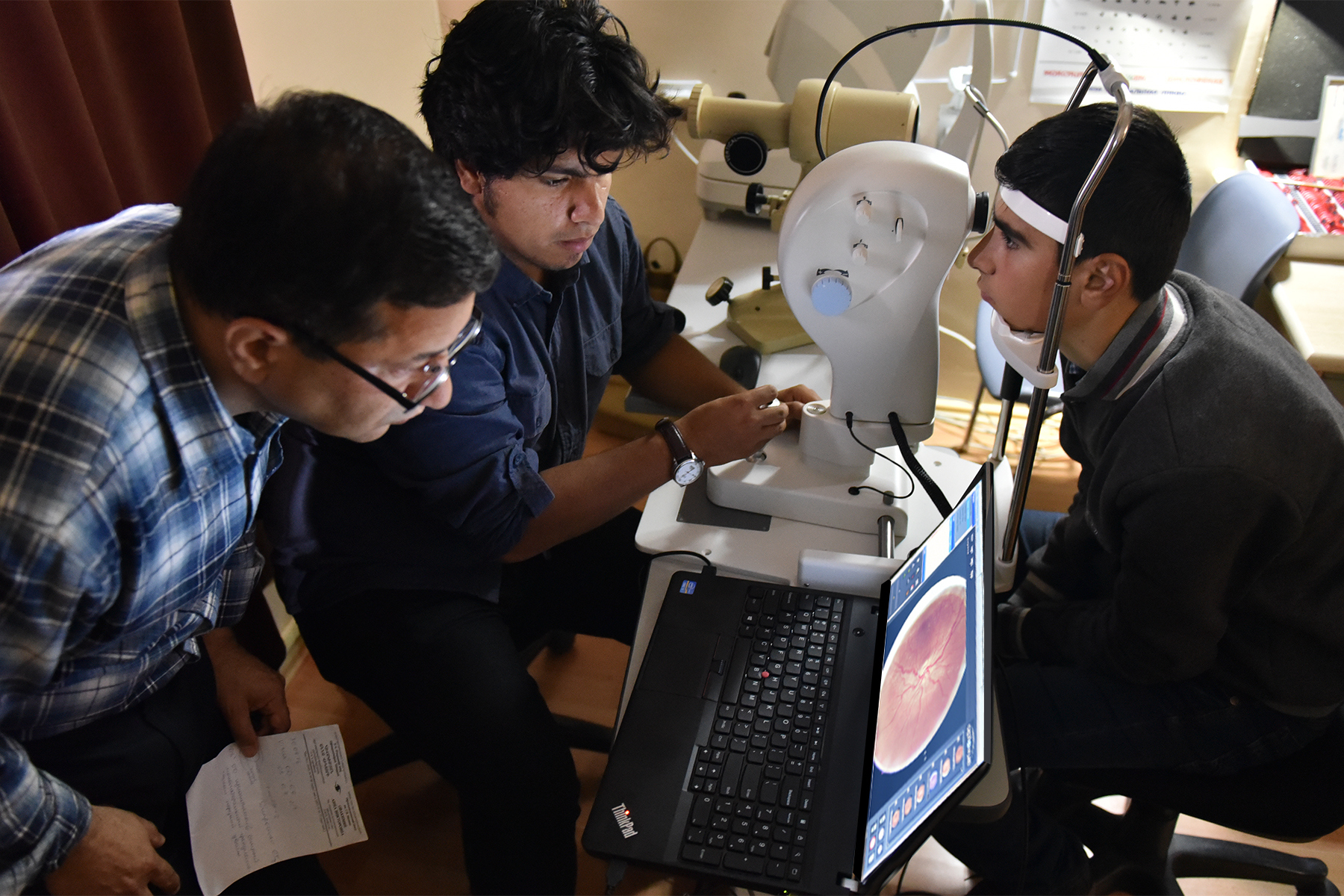 Just a few weeks ago the EyePACS team traveled back to Armenia, one year later, as part of the Fresno (CA) Medical Mission to Armenia and Artsakh, organized by Honorary Consul of Armenia, Baron Berj Apkarian. Funded in part by the generosity of Dr. Kuldip Thusu of Dinuba, California, the team brought an additional digital retinal camera to the area to add to the four they had provided one year prior.

And they checked on Eduard. They were delighted to find that, with the proper treatment, his sight had been fully restored. 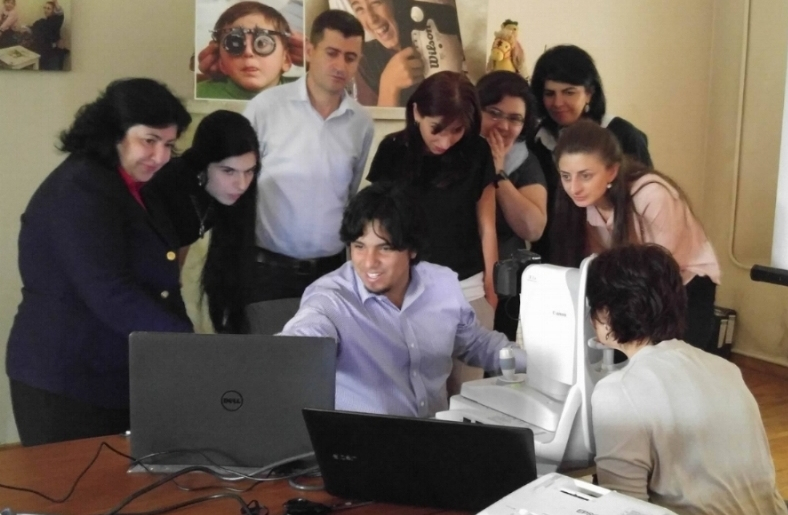 At AECP headquarters, Pablo enjoyed his opportunity to demonstrate the Canon CR-2 AF digital retinal camera for the photographers and consultants.

In collaboration with the Armenian Eye Care Project (AECP), the group launched the ambitious project to screen 150,000 diabetes patients in Armenia over the next few months. AECP was founded by Dr. Roger Ohanesian in 1992 and has been a crucial source of aid in developing eye care in Armenia, providing state-of- the-art equipment and surgical training to Armenian ophthalmologists, hosting international conferences, and serving as a model for other humanitarian organizations. AECP distributed six retinal cameras to Yerevan (where Eduard had been successfully treated a year ago), Gyumri, Artik, Maralik and Kapan. 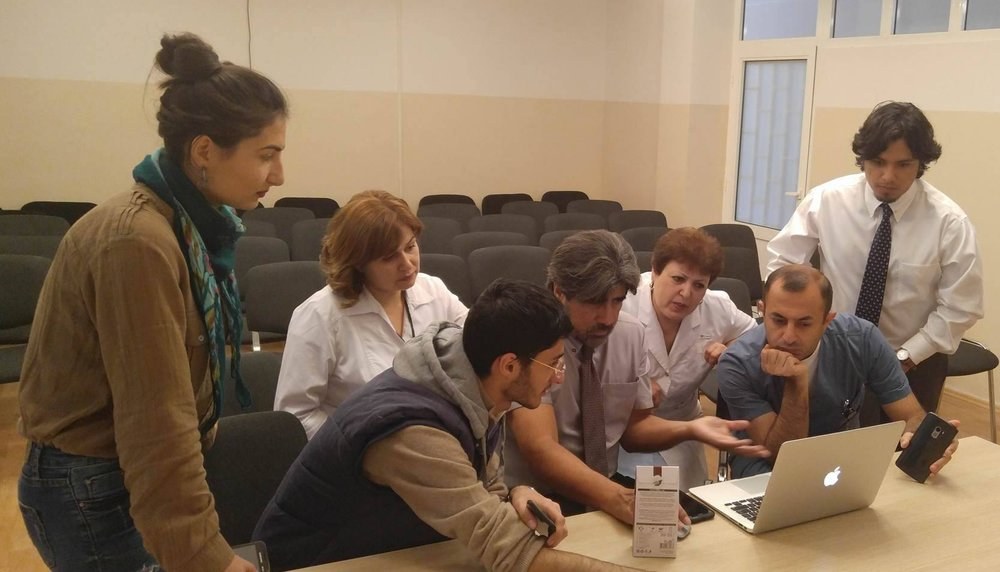 Translation services were critical as the EyePACS team taught Artsakh ophthalmologists at the Stepanakert hospital how the cloud-based EyePACS system works. On the left, in street clothes, are our translators, Mery Soghomonyan and Arman Israyelyan. The doctors gathered around Dr. Cuadros and the laptop are Narek Mikayelyan, Marina Tevosyan and Ruzanna Adamyan. In the back, standing, is EyePACS program coordinator Pablo Cuadros.

Dedicated to reaching its ambitious goal, AECP has already imaged more than 700 patients’ retinas as of this writing. The retinal pictures are uploaded to the EyePACS portal, which has now collected retinal images of more than a half-million patients worldwide. The images are analyzed by a CE-marked, cloud-based, automated diabetic eye disease screening system called EyeArt (developed by Eyenuk, Inc., USA). EyeArt triages patients at risk of vision loss due to diabetic retinopathy at point-of-care in accordance with the recognized International Clinical Diabetic Retinopathy (ICDR) severity scale. Armenian ophthalmologists previously certified by EyePACS also read the images, as do other certified image graders who are part of the regular EyePACS team in the US. Together these teams are helping to maintain the project’s momentum. 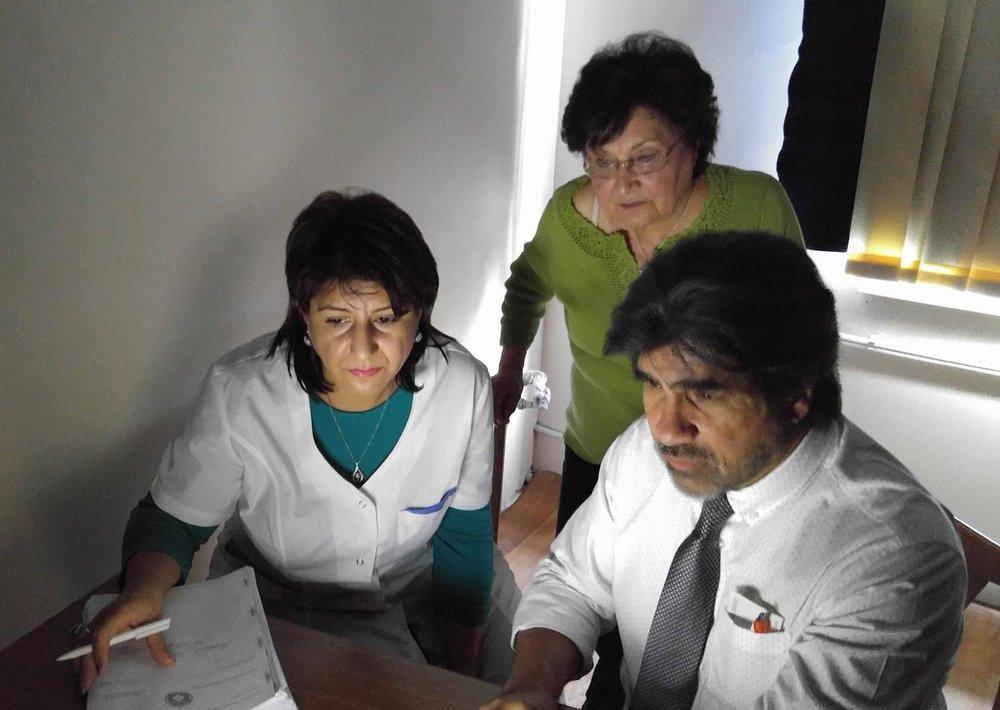 Dr. Cuadros explains the EyePACS grading system to an ophthalmologist in Masis. Translation is being provided by Sirpui, standing, who is part of the Medical Mission.

With Dr. Thusu’s recent donation of the additional retinal camera, the screening initiative now reaches as far as the remote city of Kapan. Another new addition to the medical mission this year was Remidio, an Indian company that has developed innovative cell phone technology for retinal imaging. Anand Sivaraman, founding CEO of Remidio, was on hand to help train local Armenians interested in becoming retinal photographers. EyePACS was able to certify eleven new Armenian retinal photographers on this one-year-anniversary trip.

Dr. Cuadros, Director of EyePACS, said upon his return, "We are very pleased to be a part of this truly collaborative effort to reduce blindness from diabetes in Armenia." 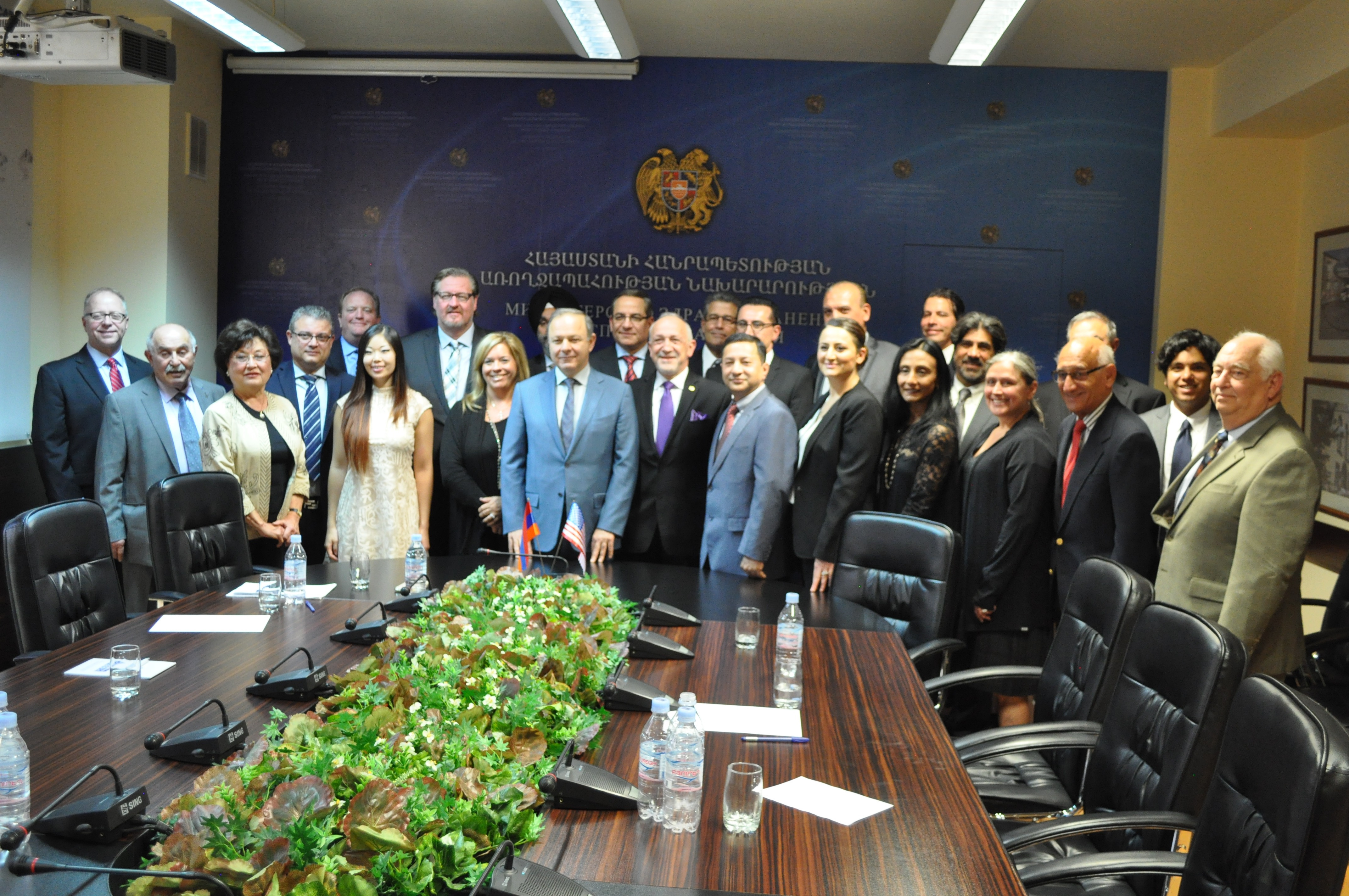 Newly certified retinal photographers for a hospital outside Yerevan! Following two weeks of practice with three different cameras, this team made a huge effort, screening 50 patients in a few hours on two separate occasions. Dr. Cuadros personally reviewed their images with them, and they earned their certification. Next to Dr. Cuadros, far left, is Nune Yeghiazaryan, Director of AECP. At the far right is Anand Sivaraman of Remidio. Standing next to Anand are, right to left, Yeghishe Baghdasaryan, Varvara Kalashyan, Kuldip Thusu, PhD, of the Medical Mission, Astghik Ghazarosyan and Lilit Karapetyan