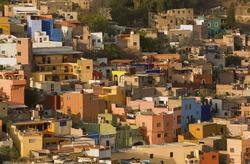 In the mountains of Central Mexico sits the old Spanish silver mining town of Guanajuato,

In the mountains of Central Mexico sits the old Spanish silver mining town of Guanajuato, designated by UNESCO as a World Heritage Site for its beautiful baroque buildings and its rich historical past.
Like the rest of Mexico, Guanajuato has also been cited by the World Health Organization for one of the highest rates of type 2 diabetes on the continent, with up to 15% of the adult population affected. To its credit, the Secretaria de Salud de Guanajuato (Health Ministry of Guanajuato) has established an extensive network of community health clinics where people with diabetes can receive medical care under Seguro Popular, the Public Health Insurance program funded by the Mexican federal government since 2004.
However, Seguro Popular had no provisions for blindness prevention from diabetic retinopathy because of budgetary and personnel constraints. We know that regular annual retinal evaluations are necessary to prevent blindness from diabetes, because patients with diabetic retinopathy often remain asymptomatic, even when they harbor vision-threatening disease. We also know that a program that combines early detection of retinopathy, through screening, with prompt laser treatment of eyes at high risk for vision loss, can preserve vision in most patients. Since 2006 EyePACS has worked with the Secretaria de Salud de Guanajuato to implement such a program.

PROVIDING A TELEMEDICINE SOLUTION
We learned that the Secretaria de Salud de Guanajuato had too few eye care specialists, especially in the rural areas, to mount regular retinal screening. Even in the larger cities of Leon and Guanajuato very few diabetic patients seen in the community health clinics were getting retinal examinations. EyePACS LLC proposed a solution through telemedicine-based retinal screening: using a nonmydriatic digital retinal camera, local medical personnel would capture retinal images from diabetic patients in the community health clinics, and transmit the images via the internet to the EyePACS LLC website. The images would then be evaluated remotely by EyePACS LLC personnel, and patients needing laser treatment would be identified.

In 2010 a pilot program was implemented with the Secretaria de Salud in one of its Public Health Districts, Jurisdicción Sanitaria II in the San Miguel de Allende region. EyePACS LLC partnered with Vision for All, a nonprofit NGO based in St. Paul, Minnesota, to seek funds for a digital retinal camera and a laser. The local Rotary Club in San Miguel de Allende, as well as two U.S. Rotary Clubs and Rotary International, funded the equipment, and donated it to the regional General Hospital, “Felipe Dobarganes,” in San Miguel de Allende. 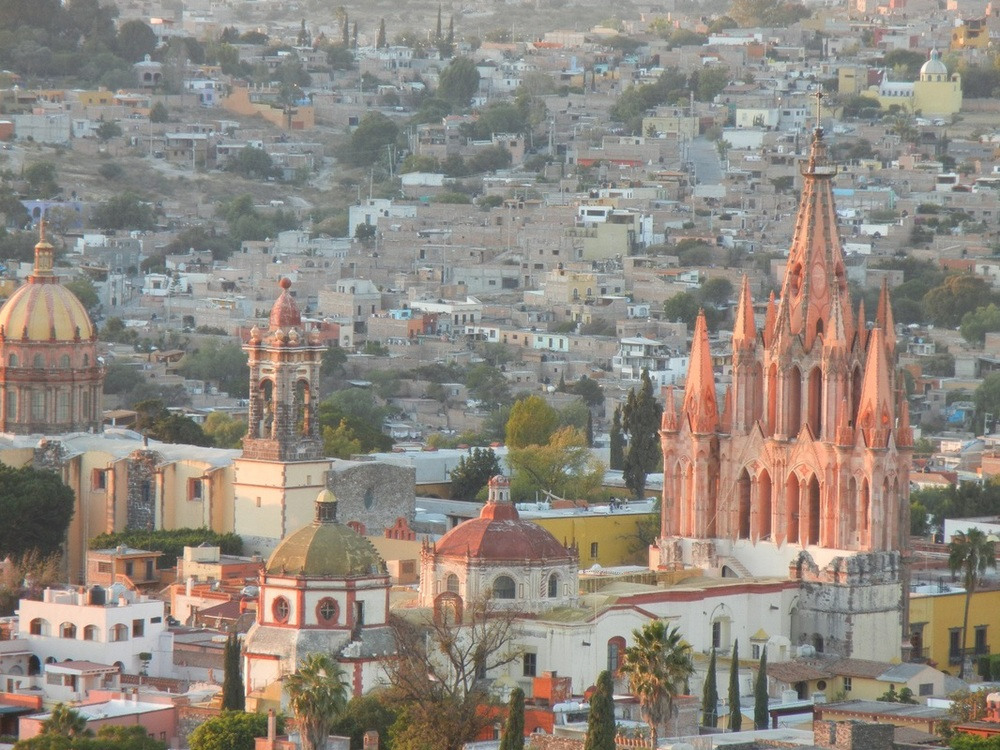 EyePACS LLC personnel have now trained local primary care physicians from nine municipalities in the region to capture retinal images and to upload them on the internet to the EyePACS LLC website. The digital retinal camera was then rotated to each of the municipalities for retinal screening for periods of 2-6 weeks, starting in April 2010. 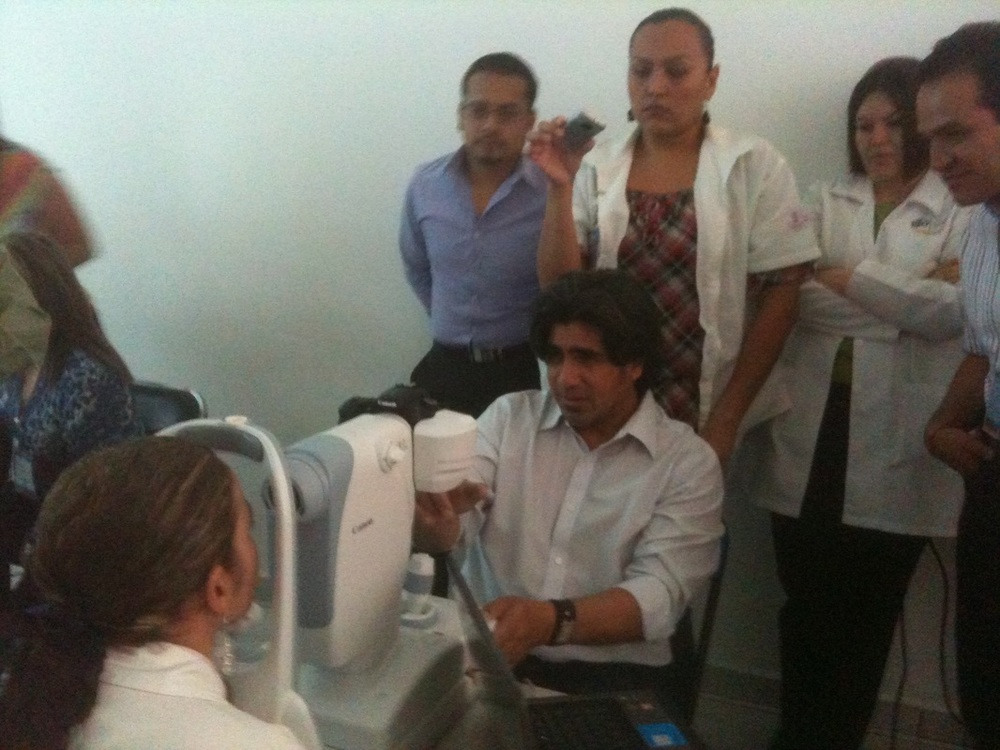 To address the question of who would evaluate the images, EyePACS LLC and Vision for All turned to volunteer ophthalmologists, who, after specialized on-line training and certification, could access the images remotely, and evaluate them using the structured EyePACS grading template. These volunteer graders (listed below*) come from locations across the U.S. and in Mexico. Patients with vision-threatening retinopathy were thereby identified, and recommended for laser treatment. The treatments were performed locally by Guanajuato ophthalmologists and by visiting volunteer ophthalmologists (listed below*) from Mexico, the U.S., and Europe. 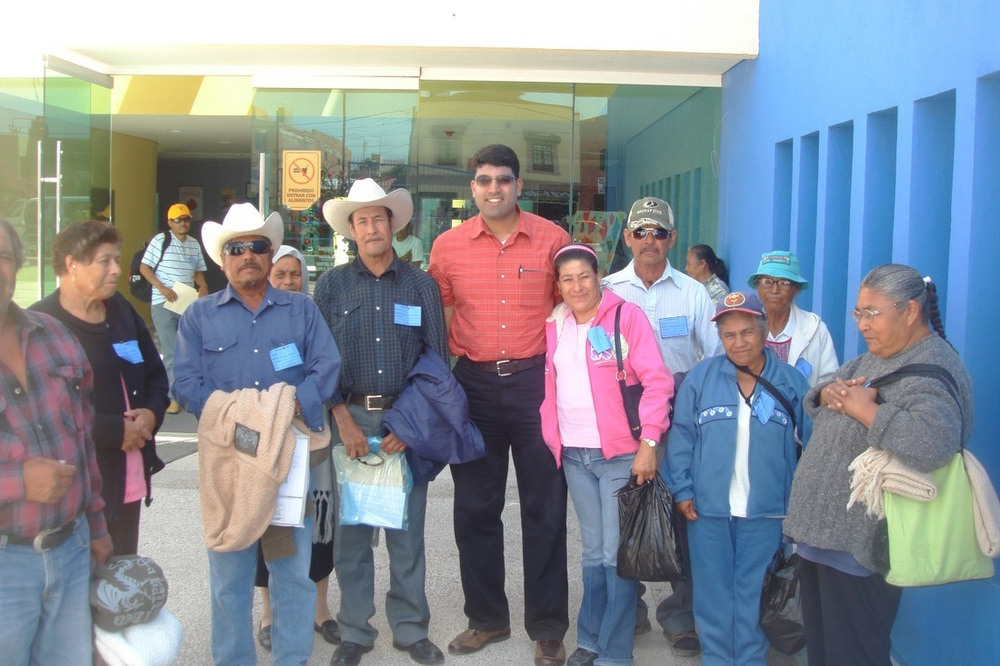 In 2010 Jurisdicción Sanitaria II was following 3,379 patients with diabetes. In the first 9 months of the retinopathy screening program, 2,029 (60%) of the diabetic patients were screened; of these, 225 (11.1%) were referred for vision-threatening retinopathy. As of March, 2014 a total of 5,500 retinal screening encounters had been recorded.

With the success of the pilot program, the Secretaria de Salud de Guanajuato expanded the project to include three additional Sanitarias (Salamanca, Irapuato and Leon). EyePACS provided additional photographer training in April 2012, and as of September 2013, a total of 1282 additional patients had been screened.

PLANNING THE FUTURE
EyePACS continues to work closely with the Secretaria de Salud de Guanajuato in order to expand the program to the rest of the State. With more than 50,000 people with diabetes being followed in the community health centers of the State, maintaining a high quality retinopathy and screening program is challenging. The EyePACS telemedicine system has made this possible by enabling community-based retinopathy screening to be coupled with collaborative ties between Mexican health care personnel and international volunteers.

WHO ARE THE VOLUNTEERS?